This week’s weather was far more settled with drier and calmer conditions, though temperatures were quite low. Some night time temperatures got down close to zero with the odd frost.

Angling pressure was light at the start of the week with the shorter days limiting opportunities for many. The midweek stocking encouraged a few more out later in the week with the weekend seeing good numbers fishing. Saturday was a busy day with all boats out and the odd bank angler. At one point there were 9 cars in the car park, whish is nice to see.

Totals for the week were:

The tigers are still being a bit coy.

For the 3rd week in a row, Mark C had the best bag with 20 fish from his float tube on Sunday.

There were a number of other double figure bags recorded including by John O, Huw and John G ,with several 7s and 8s besides.

Some good bags were recorded from the bank with Martin K taking 8 and 7 on consecutive days.

Martin M had a good day from his belly boat on Friday with 8.

Plenty of fish in the 3 to 3.5lb bracket were reported with a number of browns in that category.

Despite there being bigger fish caught, fish of the week must go to a 1.5lb rainbow caught on Saturday by Robin C, his first ever trout. Congratulations to Robin with hopefully many more to come.

Floating lines are still taking a lot of fish though sink tips and intermediates are being used by some as the fish start to lie that little bit deeper as the weather continues to cool.

Damsels were recorded as taking a number of fish this week with bead heads continuing to catch. Other productive patterns included buzzers and Diawl Bach.

Again, fish were taken from all over the lake.

The coming week is forecast for largely dry days though cloudy with slightly windier days. Milder night time temperatures are expected though the days will only be a few degrees warmer.

Make the most of the moderate weather as we don’t know what is around the corner.

The week started wet and windy with a good blow on Monday. These conditions continued through the week with Saturday being particularly rough.

Rising fish are now few and far between. Even when the water is flat calm no rises are evident.

However, fish are still falling to floating lines though flies with bead heads are becoming more evident.

Monday saw the first of the tigers put in an appearance, falling to Huw in a bag of 10 fish.

The week saw 21 visits to the fishery with Sunday being the busiest day. The total for the week was 60 rainbows, 25 browns and 2 tigers. Mark C visited on Sunday putting his float tube to good use taking the biggest bag for the second week running with 20 fish, which included a rainbow of over 4lb, the biggest of the week. Other good bags were recorded during the week with Graham also getting to double figures.

The book shows fish being taken from all over the lake with the shallows at F & G starting to turn up fish. Fish are falling to a variety of flies including Diawl Bachs, buzzers, cats whisker and other bead heads.

Conditions look calmer for the coming week with light winds and drier conditions as the wind moves to the east. Overnight temperatures will fall to low single figures. As temperatures drop, the middle of the day is likely to become the most productive time. 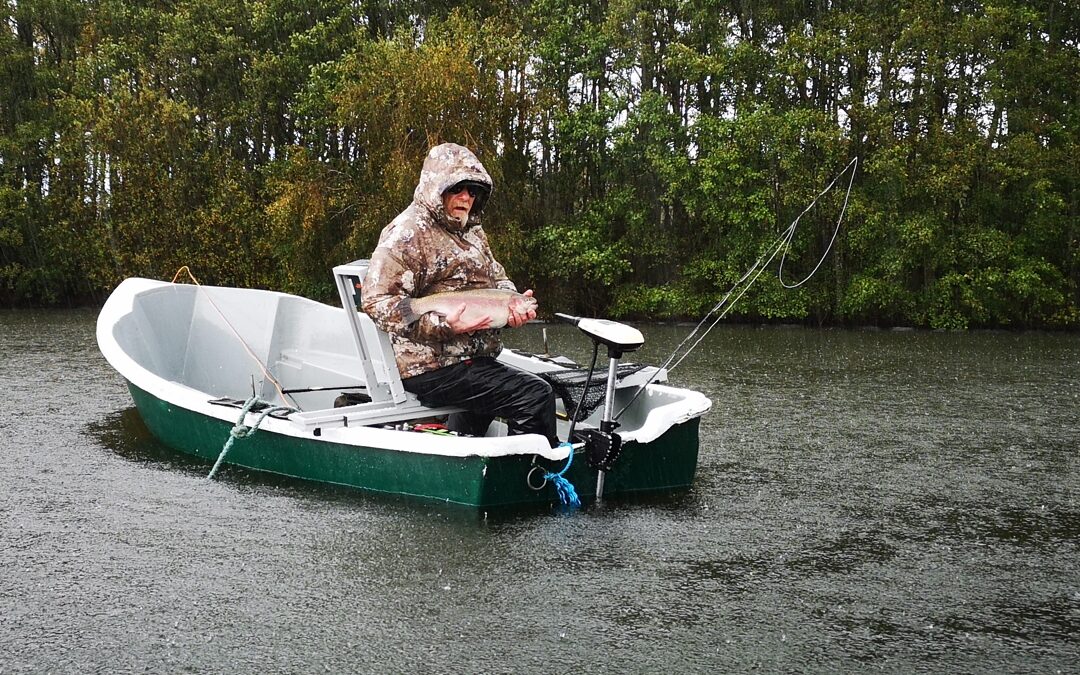 The wind turned south and west at the beginning the week bringing less settled weather. This seemed to stir the fish up even before the latest stocking with decent numbers of browns caught early in the week.

The latest stocking included around 50 tiger trout which will offer something a little different amongst the browns and rainbows. To date, these have proved elusive though, Please be sure to record any of these caught separately in the book.

Some fish are still rising but they are spasmodic. If you can target a rising fish, they are eager to take the fly and don’t seem fussy about pattern.

There were 30 visits for the week with 61 rainbows and 18 browns reported.

Mark C recorded 19 fish on the weekend fishing from his float tube. Several other bags of 7 to 11 fish were also recorded during the week.

The fish of the week came on Sunday in the shape of an overwintered rainbow of 7lb + to Nick E. A stunning specimen. Several 3lb fish were also recorded.

Fish were recorded all over the lake but A, B and H appeared in many records in the book. Productive flies included cats whisker, blobs, buzzers and  several wet flies.

With the clocks going back over the weekend, there will be little opportunity to fish after work in the week. However, for those able to take advantage of an early start, the sun will be up earlier. 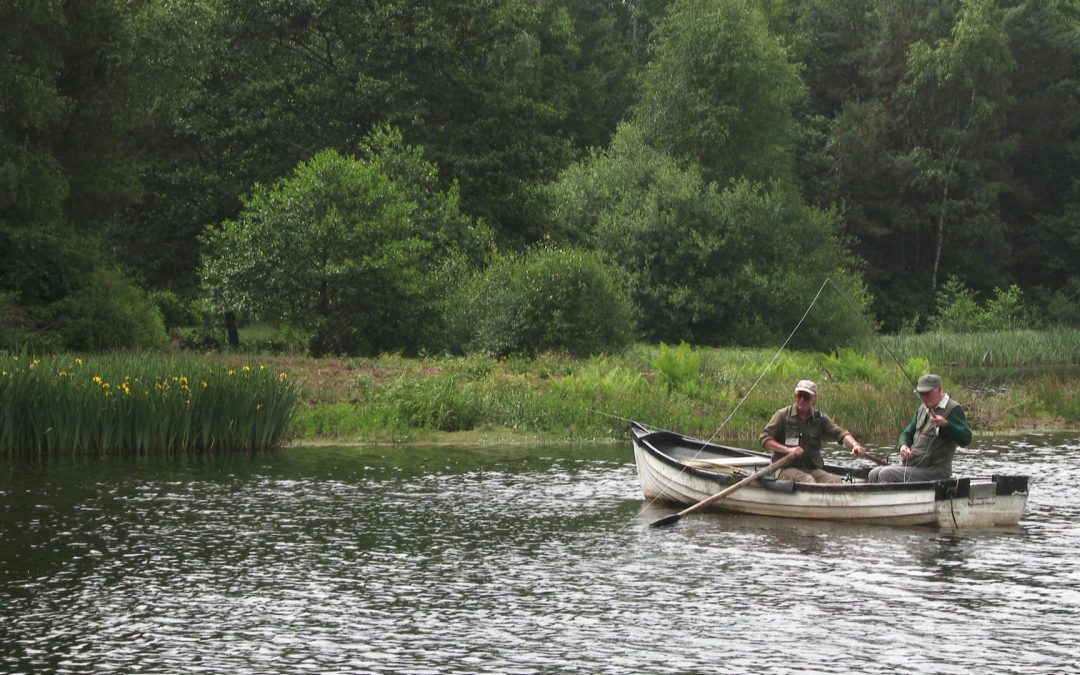 Pre-registration is £25 to ensure your place in 2021, or at no cost but this will not guarantee your membership.

Please like our Facebook page to keep in touch and receive the latest updates. The page can be found here. Please give the page a ‘like’ and share your photos and videos for other members to see.